The 6217-8000 was released 1965 as the first divers watch ever released made in Japan. Shortly thereafter SEIKO made a few updates and increased the crown size when releasing the -8001 version you see pictured above.

The 62MAS (mechanical selfdater) is 37mm excluding the crown and has a low beat 18000 bph automatic movement. Prices are still sensible but expect prices to climb fast when the 40mm 8L movement rumored reissue SBDX019 is released at Baselworld 2017. 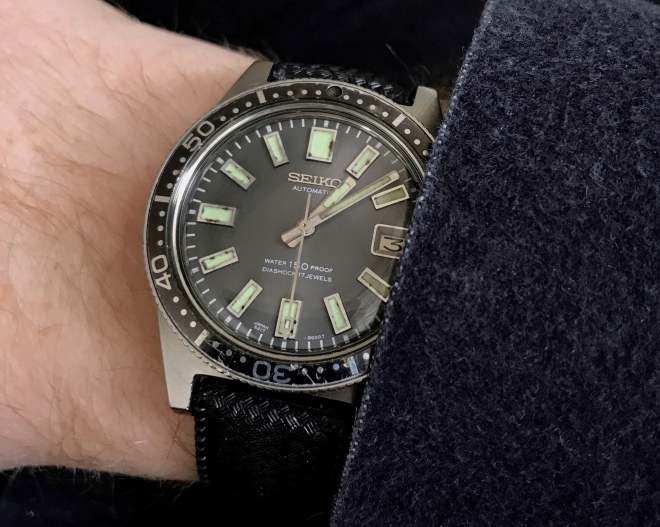 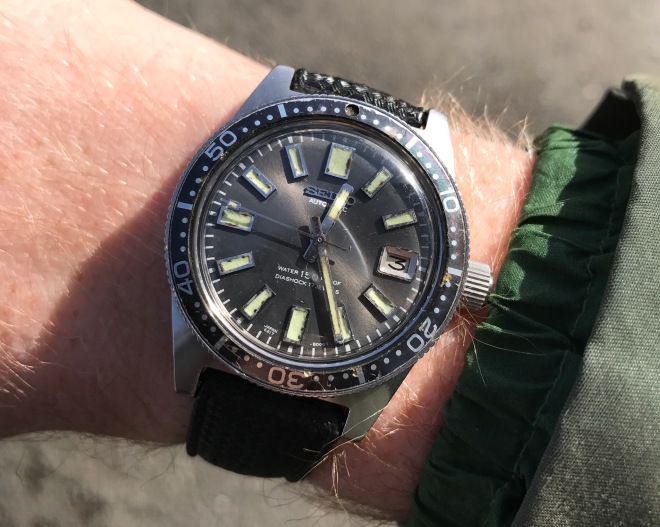 The generosity lumed sunburst dial changes appearance beautifully when the sun hits it full blast and I bet the tritium lume was fantastic when this watch was produced 1966.

Only three weeks left until Baselworld, can’t wait to see the reissue which has potential of being the best divers watch released from SEIKO since the 70s.