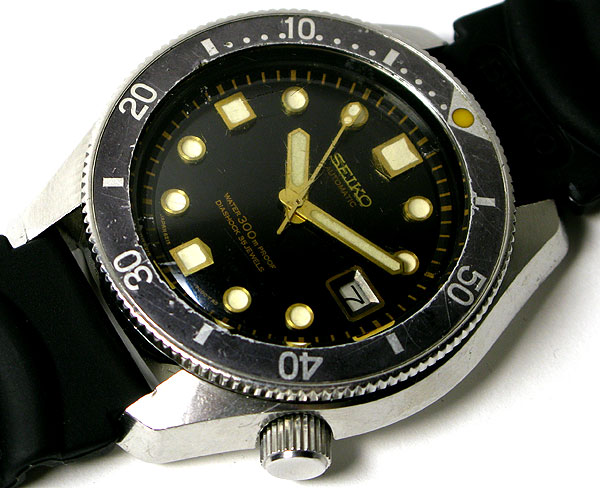 A few years later, 1967 SEIKO released the 6215, a divers watch with monoque case and 300m WR which was very good during that time. The watch had an automatic low beat 18000bph movement and was only in production for one year.

SEIKO, in their strive for perfection, released a new revolutionary divers watch 1968, the 6159-7000. It has a similar look o the 6215 but features a much more suitable movement, a Grand SEIKO hi-beat (36000bph) automatic movement with hack and wind functions. This movement improved the shock resistance and the timekeeping. The 6159-7000 was marketed as the first professional divers watch from SEIKO.

How come the 6215 was only produced for around one year and the 6159 only for two years?

A qualified guess is that this has to do with the letter SEIKO received 1968 from a professional diver. The SAT diver claimed that there were no watches, including the ones from SEIKO that could survive the harsh conditions that was standard during his dives. SEIKO’s divers watch did withstand the 350m water pressure but the crystal wasn’t protected enough from shocks and the crystal popped in the decompression chamber when the air was a gas mix with helium.

SEIKO has always strived for perfection and assembled a team right away to develop the next generation of SEIKO professional divers watch, resulting in the first SEIKO Tuna, the 6159-701 released 1975. My guess is SEIKO stopped the production of the 6159-7001 due to this letter telling SEIKO it didn’t live up to the requirements of the professional diver.

*There are some examples of 6159-7000/7001 with “water resist” on the dials. This has to do with the change of ISO regulations stating that all water proof watches should be renamed to “water resistant” 1970. Since the 6159 were all produced 1968-1969 they all had “water proof” printed on the dials. If the watch had a dial swap during a service after 1969 then it got a new dial with the print “resist dial”. 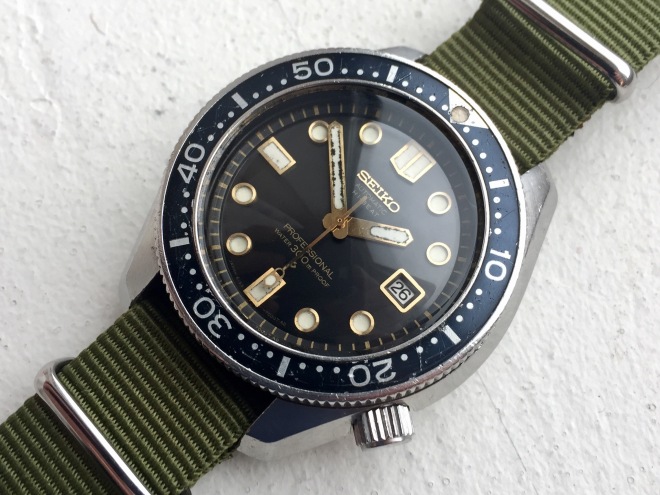 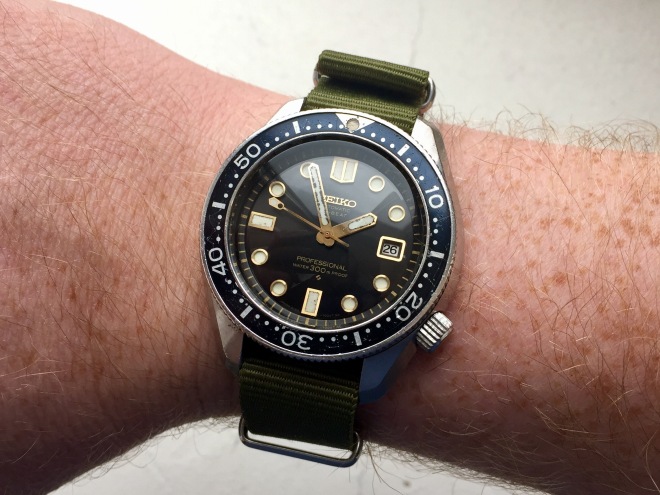 The watch still has the original lume and the one piece bezel has faded, the original gold accents can only be seen at certain angles. The case appears to be untouched and still has sharp edges, the original circular brushed finish on the top of the case can still be seen. Most examples I’ve seen have been relumed but I really prefer original lume dispite some discoloration. I will install a correct NOS seconds hand that still has the lume intact and I will service the movement and replace gaskets if needed.

The watch was sent to Duncan in UK and got new seals, a new crystal and a NOS seconds hand. I think it made a world of difference and now it’s even “water proof” for diving.